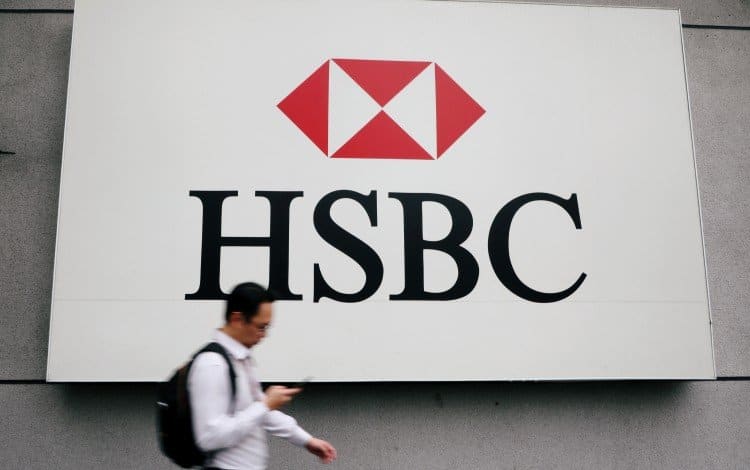 HSBC said pre-tax profits for the three months ending in September came in at $3.1 billion, down 36% from the same period last year but well ahead of the Refinitiv forecast of $2.1 billion. Revenues fell 11% to $11.9 billion, the bank said.

HSBC also said credit loss provisions also narrowed over the quarter — a move echoed by its major rivals on Wall Street — and are likely to fall to the lower end of the bank’s prior estimate of between $8 billion and $13 billion for the full year.

The bank also said it plans to shift its global business model away from a reliance on products and services that are tied to interest rates, which sit at or near record lows in most markets around the world, to one driven by fees paid by its corporate and consumer banking clients.

“These were promising results against a backdrop of the continuing impacts of Covid-19 on the global economy. I’m pleased with the significantly lower credit losses in the quarter, and we are moving at pace to adapt our business model to a protracted low interest rate environment,” said CEO Noel Quinn. “We are accelerating the transformation of the Group, moving our focus from interest-rate sensitive business lines towards fee-generating businesses, and further reducing our operating costs. We also intend to increase our rate of investment in Asia, particularly in wealth, the Greater Bay Area, south Asia, trade finance and sustainable finance.”

“A decision on whether to pay a dividend for the 2020 financial year will depend on economic conditions in early 2021, and be subject to regulatory consultation<‘ he added. “We will seek to pay a conservative dividend if circumstances allow.”

HSBC’s New York-listed shares were marked 6.5% higher in pre-market trading Tuesday to indicate an opening bell price of $22.07 each, a move that would trim the stock’s six-month decline to around 14.5%.

HSBC, which is also in the midst of a global realignment of its business as part of its focus on Asia-based growth, said it will deepen cost-cuts beyond a planned 2022 target of $31 billion and reduce its risk-weighted assets by around $100 billion. Its job cuts target of around 35,000, however, remains unchanged.