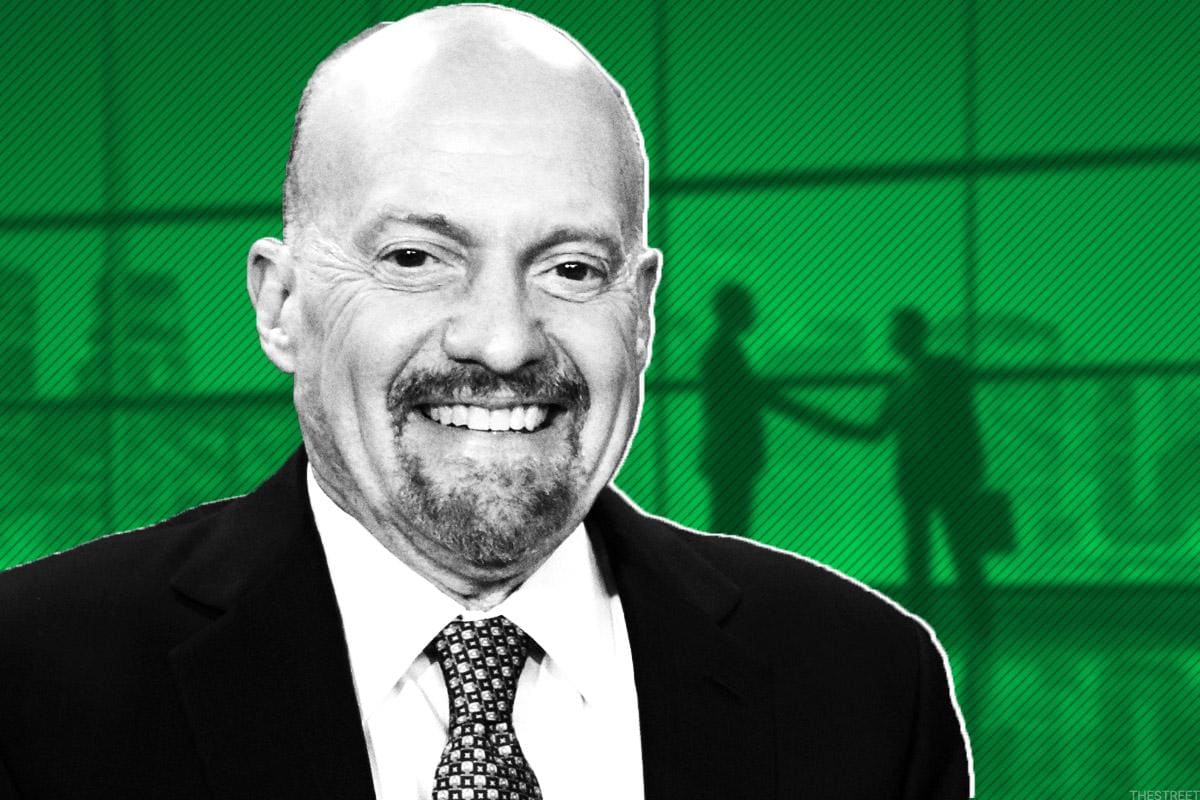 We all want this election to be over, but investors need to strap themselves in for a massively confusing week, Jim Cramer told his Mad Money viewers Friday. We might not even know who won the election on Tuesday, Cramer said, and that will only add to the chaos.

Cramer’s game plan for next week starts on Monday, where he expects more selling as investors lock in their gains ahead of the election. Unfortunately, Cramer said it’ll be too late to sell by Monday. The time to sell was early this week.

On the earnings front, Cramer said he’ll be listening to hear from Estee Lauder  (EL) – Get Report, Clorox  (CLX) – Get Report, Skyworks Solutions  (SWKS) – Get Report and PayPal  (PYPL) – Get Report on Monday. He expects good things from all four, but advised waiting to buy PayPal until Tuesday.

We’ll hear from Humama  (HUM) – Get Report on Tuesday, along with industrial giants Eaton  (ETN) – Get Report and Emerson  (EMR) – Get Report. Cramer said he’s buy Humana on any weakness, but he’s most curious about what Eaton and Emerson say about the strength in their end markets.

Wednesday hopefully brings election results, but if not, there’s always Qualcomm  (QCOM) – Get Report, the chipmaker that’s the perfect excuse to buy Apple  (AAPL) – Get Report.

Then on Thursday, the earnings conclude with three more Cramer favs, T-Mobile  (TMUS) – Get Report, Take-Two Interactive  (TTWO) – Get Report and Roku  (ROKU) – Get Report. Cramer recommended all three.

Finally, on Friday, we’ll get the latest non-farm payroll numbers, which the market will use to determine the health of our economy with ever-rising COVID cases.

The U.S, now accounts for 20% of the global natural gas market, Souki continued, and natural gas is now priced on a global market. The U.S. has plenty of gas reserves in the Marcellus and other regions, he said, but the infrastructure may never be there to move it in any sizable way.

Natural gas is now a true commodity, and Souki said the U.S. will be dealing with deficits no matter who wins the election on Tuesday.

For his second “Executive Decision” segment, Cramer also spoke with David Foulkes, CEO of boat maker Brunswick  (BC) – Get Report, which just reported a stellar quarter. Shares of Brunswick are up 34% over the past six months.

Foulkes said that Brunswick’s biggest challenge continues to be inventory. He said they have about half as many boats in the pipeline as they usually would this time of year. Even if they ran at maximum capacity, they still would only be at two-thirds of normal levels by year end.

Foulkes added the orders are still strong, despite the longer-than-normal wait times. They continue to see strong demand, even in colder, Northern climates.

When asked about changing demographics, Foulkes said that Brunswick increasingly sells boats to the middle class. 80% of the boats they sell are now less than $50,000, he said, and quality and reliability are up, which makes a boat more of a family asset and less of a maintenance nightmare.

For his final “Executive Decision” segment, Cramer checked in Rowan Trollope, CEO of call center software provider Five9  (FIVN) – Get Report, which just reported a nine-cent-a-share earnings beat that propelled them up 6% by the close Friday.

Trollope said that growth at Five9 is being driven by the digital transformation and the cloud transformation, two trends that have been turbocharged by the pandemic. He said his team has executed extremely well and delivered a lot of wins this quarter.

When asked about their technology, Trollope explained that Five9 provides new inference technologies that let customers speak in plain English about the reason for their call and artificial intelligence will resolve their problem or route them to where they need to go with incredible accuracy. He said inference systems can shave minutes off of every phone call, translating into huge savings.

Consumer prefer self-service options when they call a company, Trollope added, especially younger consumers and millennials. He said we are only at the beginning of this technology revolution.

In his “No Huddle Offense” segment, Cramer opined on the new Congressional pastime of taking shots at big technology companies. He said these companies aren’t villains, they’re national treasures.

It’s easy to hate on the big tech titans for being too powerful, but with 8% unemployment, these companies are innovating, they’re helping where they can and they’re hiring.

America’s tech sector is the goose that laid the golden egg, Cramer concluded. We’ve got a good thing going, let’s not mess it up.

At the time of publication, Cramer’s Action Alerts PLUS was long AAPL.