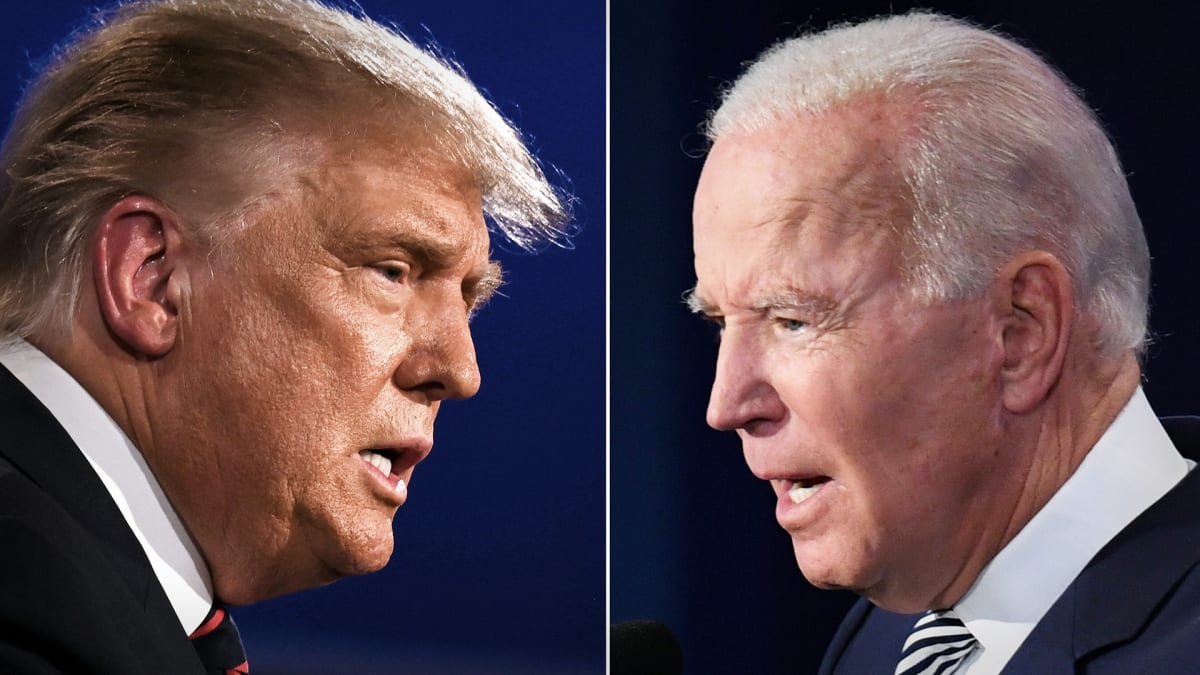 Just days before the election, Democratic candidate and former vice president Joe Biden continues what appears to be a strong lead, according to a new poll.

Biden is leading nationally by 10 points — 52% to 42% — according to an NBC News/Wall Street Journal poll released Sunday of registered voters.

More than three in five voters, according to the NBC/WSJ poll believe the  “country is on the wrong track” and most of them feel the president has handled the coronavirus outbreak poorly.

When asked to check one issue of most importance — the economy or coronavirus — when deciding which person to vote for president, the economy won out by a small amount. Also, more than half of the respondents approved of President Donald Trump’s handling of the economy.

As tens of millions have already cast their ballot in the election, candidate Biden is so far “preferred” by those early voters, yet Trump has a lead among Americans who plan to vote on Nov. 3, according to another poll, the CBS News Battleground Tracker, adding to the uncertainty of the possible election result.

“This is a 100-year flood of voters that we were seeing,” Nate Persily, a professor of law at Stanford Law School, told NBC News’ “Meet the Press” on Sunday, when asked about concerns around election chaos.

“Well I’m concerned about a lot of things in this election, but we really have to focus on the positive,” Persily said on the interview program. “If you had asked me six months ago, whether we would have 90 million people who had already voted, and then expected 150 to 160 million voters who would have voted in the election, I would have been shocked.”

As the election quickly approaches, one important metric for voters continues to turn in the wrong direction: the Covid-19 case count.

The U.S. shot past 9 million cases over the weekend, according to the Johns Hopkins Disease-tracking map.

Also, across the U.S., many states have been seeing a disturbing upward trend in cases, and the nation logged around 100,000 new diagnoses just on Friday. More than 230,000 Americans have died from the disease as of Sunday.

But President Trump continues to play down and question the numbers, suggesting in a recent campaign rally that doctors are fudging death data for profit.

“You know, our doctors get more money if somebody dies from Covid,” said the president at a rally. “You know that, right? I mean, our doctors are very smart people, so what they do is they say I’m sorry, but, you know, everybody dies of Covid.”

Also over the weekend, a study from Stamford university concluded after studying 18 Trump rallies that they “ultimately resulted in more than 30,000 incremental confirmed cases of Covid-19” and likely led to more than 700 deaths.

But on Sunday, Trump over Twitter urged voters to support him, claiming it would keep the U.S. economy on an upward move. Trump said that under his leadership, the economy is now growing at the “fastest” rate ever recorded and claimed Biden would enact a lengthen lockdown if elected.

Both election uncertainty and the coronavirus were believed to have contributed to the decline in U.S. stocks last week, as the S&P 500 and Nasdaq had their worst weekly performances since March, according to FactSet. The Dow finished Friday down 0.58%, the S&P 500 down 1.21%, Nasdaq down 2.45% and the Russell 2000, down 1.48%.

This story has been updated.